“GAROU: MARK OF THE WOLVES” returns on
PS4™ & PS Vita systems as a “Cross Buy” title!

Originally released in 1999 by SNK on the NEOGEO as a “new generation” title in the highly popular FATAL FURY fighting game series, “GAROU: MARK OF THE WOLVES” restarts the legendary franchise with a new hero, “Rock Howard”, and hosts a plethora of new charismatic characters. Moreover, this new installment in the FATAL FURY Series abandons the traditional sway line mechanic, and brings numerous new strategies with the “T.O.P. System, “JUST DEFENDED”, and “BREAKING” battle features and gameplay systems instead. Moreover, PS4™ and PS Vita users can fight each other via the unique “Cross Play” online functionality included in this new release.

This latest installment in the legendary fighting game series from SNK welcomes a new hero with Rock Howard – the posthumous successor of Geese Howard, who was raised by the “Legendary Wolf” Terry Bogard, along with a host of all-new charismatic characters with their own unique background stories and goals.

With the exception of the series’ iconic hero “Terry Bogard”, all the participating characters in “GAROU: MARK OF THE WOLVES” are new faces, although some of them do have various connections with characters from previous games!

“GAROU: MARK OF THE WOLVES” revitalizes the FATAL FURY series with the “T.O.P. System”, a revolutionary game system that gives the player access to a unique attack and a significant increase in the character’s damage output. Moreover, the “JUST DEFENDED” guard mechanic offers a multitude of bonuses to the players if they successfully block their enemy’s attacks at the last moment. Finally, the “BREAKING” feature allows you to cancel specific special moves for impressive combos and damage.

Through online / local “Multiplayer” and “Cross Play” mode / features, players can now fight against each other in “GAROU: MARK OF THE WOLVES” between PS4™ and/or PS Vita systems. Furthermore, save data can now be shared between both platforms via “Cross Save” functionality!

There are also a few new and exclusive features for “GAROU: MARK OF THE WOLVES” on PS4™ and PS Vita such as a “GALLERY” mode where players can view the various nostalgic illustrations they have unlocked, a fan-friendly “MENU MUSIC” mode which allows players to configure their favorite character’s tune as the Menu BGM, “Rankings”, and more! 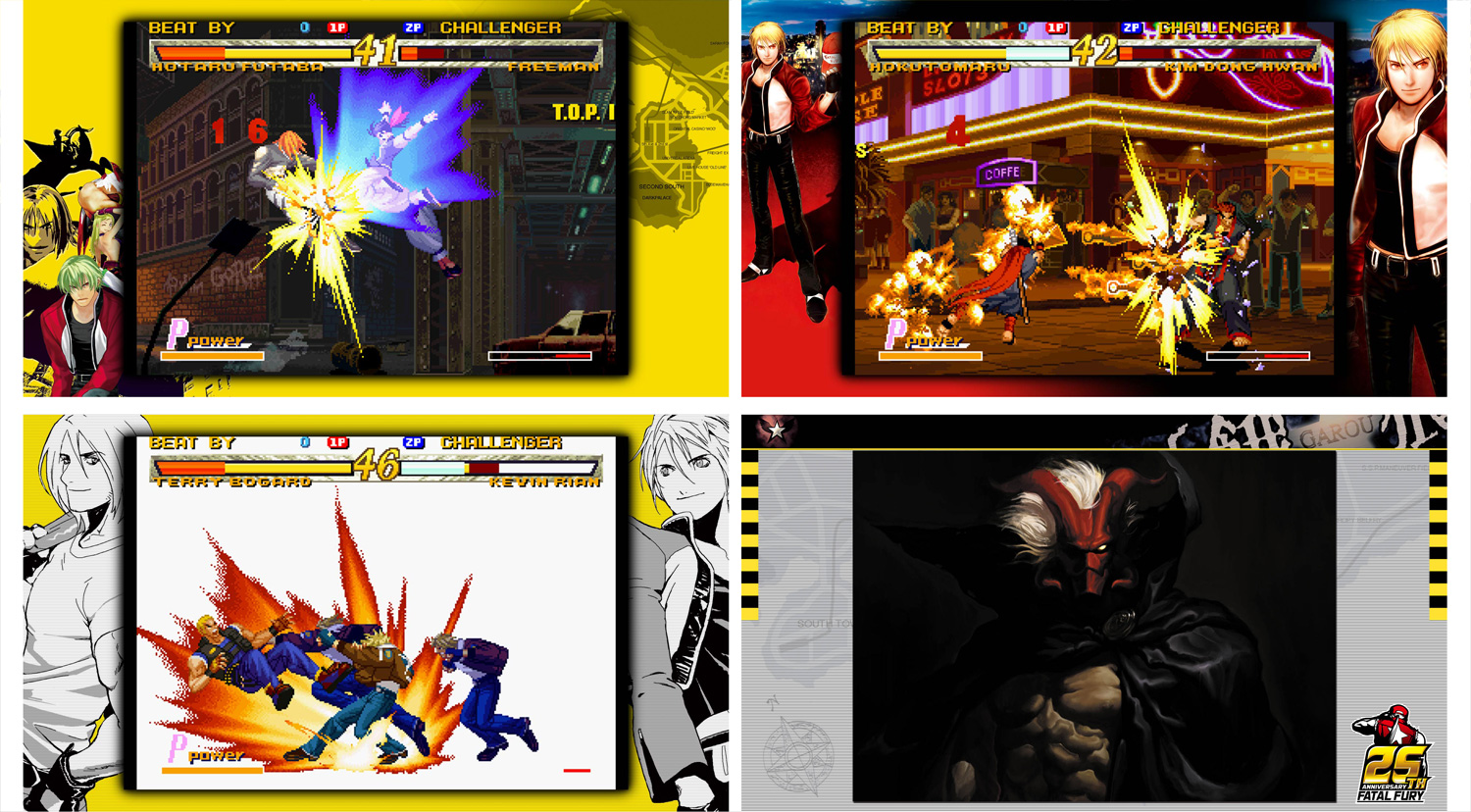