Starting today, THE LAST BLADE: Beyond the Destiny
is available for download on the Nintendo Switch™!

■ The game features a variety of modes, including STORY MODE, SURVIVAL, and TRAINING, in which you can enjoy the story of this series.

■ The game includes two mini-games and power-up scrolls unique to the main game. Play the game to unlock them.

Starting today, the American-based webcomic platform and publisher Tapas Media will feature THE LAST BLADE in a brand-new webcomic series. Three episodes will be available at launch, with an additional episode added each week thereafter. In total, there will be two seasons comprised of 12 episodes each. The series is available for free for your reading pleasure up to episode six, so please give it a read! 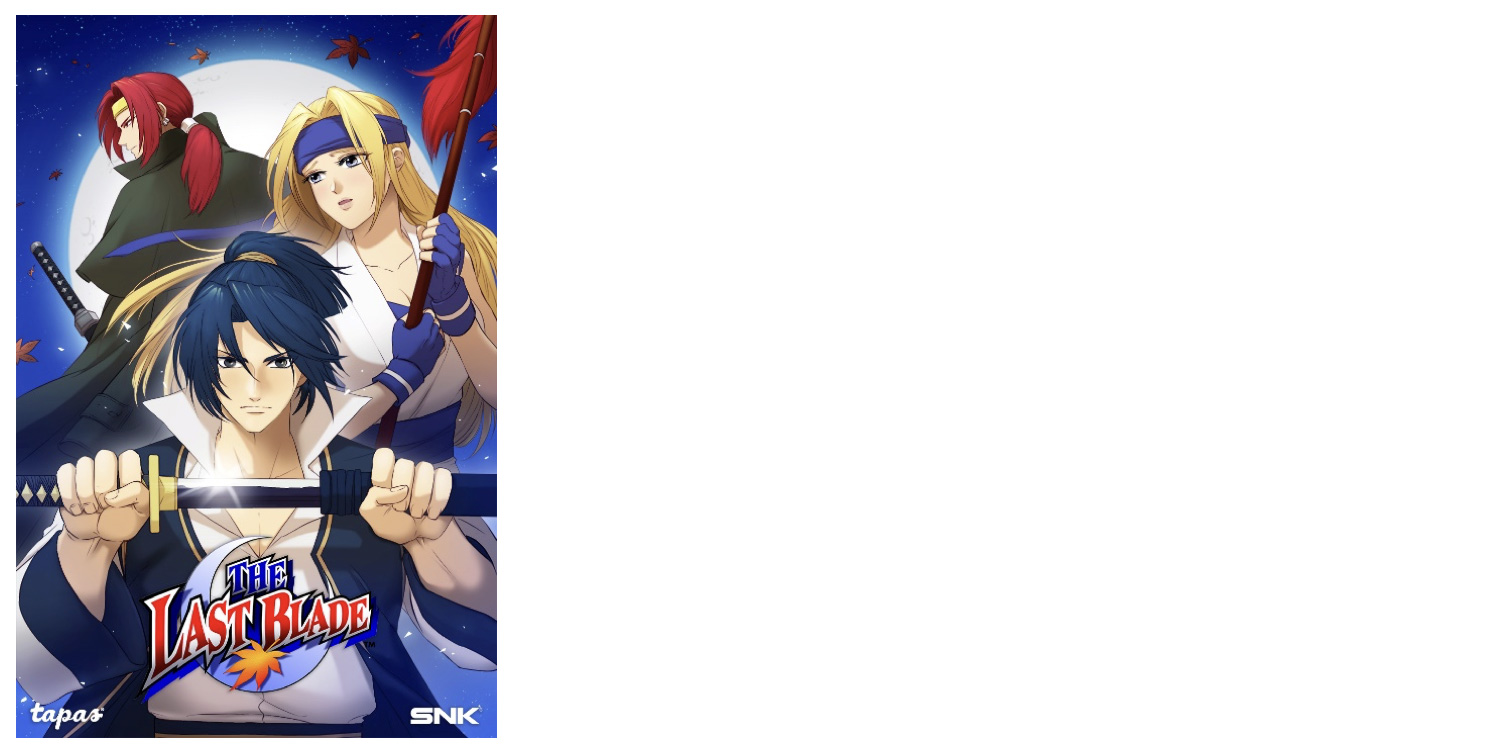 A character from THE LAST BLADE slices into SAMURAI SHODOWN!

SAMURAI SHODOWN, the hit weapon-based fighter available on PlayStation 4, Xbox One, Nintendo Switch, Stadia, and the Epic Games Store—is proud to announce a new warrior from the Season Pass 3 DLC will be coming from none other than THE LAST BLADE. More details on the way so please stay tuned!

Title: THE LAST BLADE: Beyond the Destiny

■About THE LAST BLADE series

In 1997, SNK introduced the world to THE LAST BLADE, a weapon-based combo fighter set in the final years of Edo Japan during a great war. Soon after in 1998, its sequel THE LAST BLADE 2: Heart of the Samurai was launched. Two years later in 2000, the series made its debut on the NEOGEO POCKET COLOR handheld device under the name THE LAST BLADE: Beyond the Destiny. The series is known for its unique gameplay, distinct and interesting characters, and the beautiful scenery on display in every background. Additionally, the music and setting has been praised by fighting game fans around the world, many of which are anxiously waiting for an additional sequel.

■About the NEOGEO POCKET
The NEOGEO POCKET was a handheld gaming device that featured a monochrome display developed and launched by SNK in 1998. In 1999, the device saw its successor, the NEOGEO POCKET COLOR jump into the market, where over 80 popular fighting, action, and platformer games were given a new 16-bit home. It has been praised by gamers alike for its intuitive controls, responsive thumbstick, and stylish design.

■About the NEOGEO POCKET COLOR SELECTION

SNK launched the NEOGEO POCKET COLOR, a literal pocket-sized handheld gaming system back in 1999. Many games were made for it, and finally, some of those amazing classics are finding their way to the Nintendo Switch though the NEOGEO POCKET COLOR SELECTION. Not only are these games perfectly emulated to look and play as they did back on the NEOGEO POCKET COLOR, but advancements in technology have enabled them to be played together with a friend with just one copy, and you can even change the virtual exterior designs on a whim! Currently, THE LAST BLADE: Beyond the Destiny in addition with KING OF FIGHTERS R-2, SAMURAI SHODOWN! 2, and SNK GALS’ FIGHTERS are available to download with more games on the way, so stay tuned!

*Nintendo Switch is a trademark of Nintendo.

*All company and product names are trademarks or registered trademarks of their respective companies.

*All in-game footage displayed is work-in-progress. Design and specifications are subject to change.