THE KING OF FIGHTERS XV is now available!
39 star-studded characters are ready to fight!

The new “XV” that transcends everything!

Since its debut in 1994, the KOF fighting game series has been driving the world to excitement with its appealing characters and unique game system. Six years have passed since the last title in the series, and now KOF XV surpasses all of its predecessors in terms of graphics, systems, and online experience! 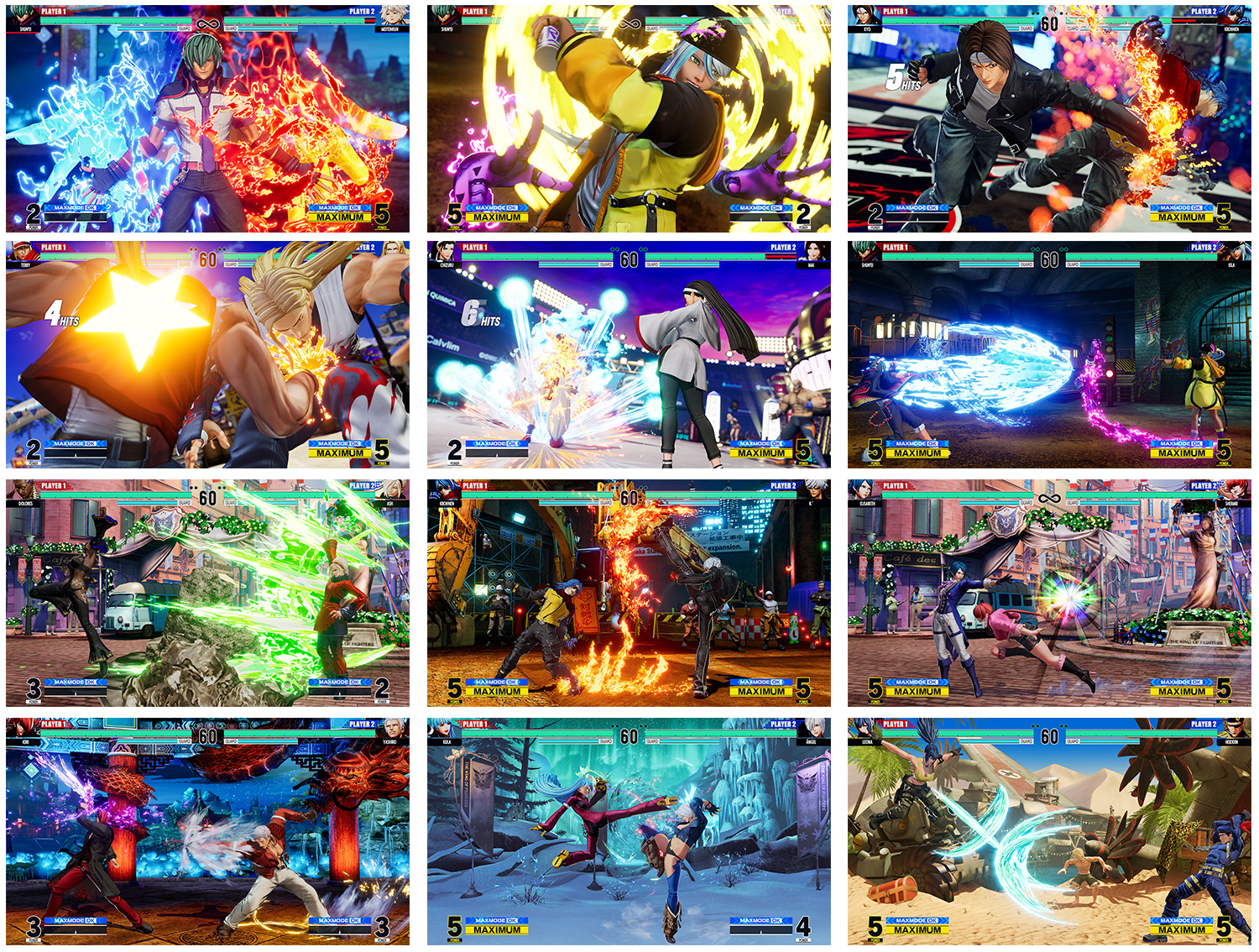 KOF XV features a whopping 39 characters, including classic popular characters, resurrected fan favorites, and those crucial to the unfolding events. Additionally, 12 more fighters are joining as DLC. This is the first time the heroes from each Saga have come together, making this the hottest dream match yet!

12 DLC characters coming in 2022!
bringing the roster to a massive 51 playable fighters!

The first wave of fighters is Team 1 (Team GAROU) which will release in March, with the second wave Team 2 (Team SOUTH TOWN) releasing in May. Team 3 releases sometime during summer with Team 4 releasing in autumn. Each team is comprised of 3 fighters, so the total number added onto the current roster of 39 means players can expect to fight with 51 star-studded characters in KOF XV!

The latest KOF Saga continues from the previous title in Story Mode. Heroes from the Orochi, NESTS, and Ash Sagas have all joined this KOF. This time, the story is coming to an explosive climax!

The culmination of the series’ battle system

KOF XV features the classic 3 on 3 team battle system. New to the series is SHATTER STRIKE, a new mechanic that enables players to counter enemy attacks. Additionally, players can experience an improved MAX Mode, as well as MAX Mode (Quick). The RUSH function allows for combos to be carried out all by rapidly pressing attack buttons. All these features, including revamped and vibrant special moves, will ensure fights in this game feel more explosive than ever. Strap in, as KOF XV features a battle system bursting with speed and excitement unlike any other!

KOF XV features rollback netcode. KOF XV features a wide variety of online features including RANKED MATCH, CASUAL MATCH, ROOM MATCH, and ONLINE TRAINING. There’s also the new DRAFT VS mode, which pits you against an opponent as you try to nab your favorite character before they can.

In-game cinematics and character voices can be enjoyed in the Gallery. Additionally, the new DJ STATION features over 300 popular songs from the KOF series and more! Players can even customize their fights to have their favorite tracks play in the background!

※“PlayStation” is a registered trademark or trademark of Sony Interactive Entertainment Inc.